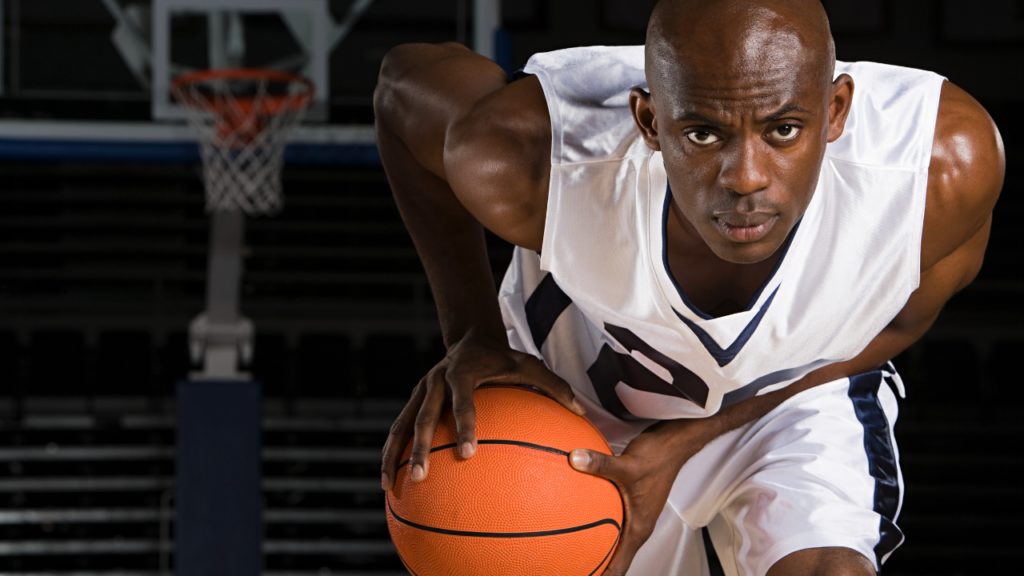 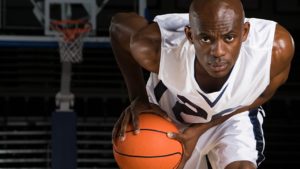 For student-athletes, the thought of getting paid for their athletic talents is quite enticing. This idea of whether or not athletes should get paid for schools using their likeness, image, and name has been in question for quite some time now. There are big contentions around not paying college athletes since many athletes make immense profits for some institutions, while they don’t “have enough money to fly home to see [their] families during school breaks,” or adequate amounts of meals. A new California bill called the Fair Pay to Play Act “would allow student-athletes in the state to profit from the use of their name, image and likeness.”

On Tuesday, July 9th, 2019, the California Committee on Higher Education voted to pass this bill, moving it through California’s Assembly Appropriations Committee, where the fate of this bill would be further determined. This bill would go into effect on January 1st, 2023. However, despite the unanimous passing of this bill at the committee level, it has received some serious opposition from the NCAA. Sam Metz from the Palm Springs Desert Sun online newspaper even dares to call this NCAA opposition a threat, and here’s why.

Last month, NCAA President Mark Emmert sent a letter to state legislators pleading for a delay on the consideration for the bill for NCAA officials to have enough time to discuss what is at stake. In his letter, there was an implication “that universities in the state could be barred from NCAA championships if the bill is entered into state law and it would “likely have a negative impact on student-athletes.” He also implied that it would be next to impossible for California to host fair national championships, seeing as they would be violating many NCAA bylaws that would make for unfair competition. DII soccer player Madison Moore leans towards agreement with the NCAA by saying that “although it would be nice to see athletes get paid for what they’re worth by having the rights to their image, it seems that it could muddle the administrative side of things and possibly cause more trouble than it’s worth.”

Here is a portion of Emmert’s letter, via USA Today:

“We recognize all of the efforts that have been undertaken to develop this bill in the context of complex issues related to the current collegiate model that has been the subject of litigation and much national debate. Nonetheless, when contrasted with current NCAA rules, as drafted, the bill threatens to alter the principles of intercollegiate athletics materially and create local differences that would make it impossible to host fair national championships. As a result, it likely would have a negative impact on the exact student-athletes it intends to assist.”

Despite the implication of threats from the NCAA, “the fact that the NCAA is willing to discuss the matter at all is significant,” according to Pat Forde at Yahoo Sports. The NCAA’s working group dissecting and discussing the bill and its implications “will not consider any concepts that could be construed as payment for participation in college sports.” This is due to the construct the NCAA has built around the terms somewhat coined and continuously refined by the NCAA: amateurism and student-athlete.

Amateurism is defined as “one who engaged in athletics for the education, physical, mental, and social benefits he derives from there, and to whom athletics is an avocation,” according to the NCAA bylaws. Despite this pretty clear cut definition, it seems that it is only a working one when it is put into practice. This can be seen in the way the NCAA allows two-sport athletes to be paid in one sport while collegiately competing in the other. Collegiate athletes in other sports, such as football or tennis, can receive gifts up to a certain amount, five-figure insurance policies to protect their future athletic careers, or even up to $10,000 in prize money (tennis). President Emmert expressed concern over the University of Texas swimmer Joseph Schooling winning a $740,000 bonus from the 2016 Olympics in Singapore, being the first gold medalist and beating the decorated Michael Phelps. According to Emmert, “that’s a little different than 15 grand for the silver medal for the US of A… The members at that time hadn’t anticipated this phenomenon of like the Singaporean kid getting paid a tremendous amount.”

The NCAA doesn’t stick to one clear definition of amateurism, and it is whatever the NCAA wants or needs it to be at the moment. U.S. District Judge Claudia Wilken in her ruling of Ed O’Bannon v. NCAA (the antitrust lawsuit case against the NCAA over the commercialized use of players’ names, images and likenesses) said it best: “The association’s current rules demonstrate that even today, the NCAA does not necessarily adhere to a single definition of amateurism.”

Now, on to the NCAA’s “definition” of a student-athlete. The term was coined in the 1950s by NCAA’s first executive director, Walter Byers, to help the NCAA fight against workman compensation claims for those who were injured while playing football. Pulitzer Prize-winning author Taylor Branch wrote, “The term student-athlete was deliberately ambiguous” in The Atlantic in 2011. It was ambiguous to be a middle ground between students at play, which implies a lack of athletic obligation and just athletes in college, which could imply that they are professionals in their sport. “Student-athlete became the NCAA’s signature term, constantly repeated in and out of courtrooms,” Branch wrote.

Now that we’ve had a little historical background on the previous struggles with this topic, let us get back to the current events surrounding the bill.

Despite pushback from the NCAA on the proposed bill, state officials have not backed down. The NCAA, has been sued on the grounds of some form of antitrust a minimum of five times. Jose Medina, the chairman of the state assembly’s Committee on Higher Education, told ESPN that the NCAA’s response to the bill has been “akin to bullying.” He also said, “I don’t take too fondly to threats to the state of California regardless of where they come from.”

After Emmert’s letter, riddled with unkindly threats to universities within California, the bill received an amendment acknowledging that the state will “monitor” the findings from the NCAA’s working group, more likely to appease the NCAA.

It seems the bill was designed to allow the NCAA to possibly shift its position on the issue and make changes before it takes effect in 2023, despite their current hard-nosed opposition to the bill on the floor. If they do not want to shift or make changes, the bill will proceed with the next vote, which will most likely take place in August, according to Sam Cooper at Yahoo Sports.

If the bill is passed, student-athletes in California will have the same endorsement opportunities paralleled to those of Olympic athletes. Schools would not be directly paying athletes. Instead, they would allow athletes to acquire an agent who will help the athletes pursue outside business dealings without jeopardizing their eligibility. Students will also own the rights to use their name as well as their images to use on merchandise and college apparel, both of which are quite popular and prevalent on any given college campus, especially big DI schools.

However, in engaging in dealings in this manner, this brings up a known problem called the principal-agent problem. Principal-agent problem, in political science and economics (also known as agency dilemma or the agency problem) occurs when one person or entity (the “agent“), is able to make decisions and/or take actions on behalf of, or that impact, another person or entity: the “principal.” This dilemma exists in circumstances where agents are motivated to act in their own best interests, which are contrary to those of their principals, and is an example of moral hazard. For example, an agent could act in their self-interest in gaining more profit and could jeopardize their principal’s eligibility. This agency problem could prove the point behind the opposition to paying student-athletes. It could take away their amateur status just by someone’s desire for profit.

There are many officials from many different universities across the state that are in opposition to the bill, fearing the unintended consequences, similar to those Madison Moore was speaking of earlier. However, one big advocate of the bill, an offensive linemen of the Los Angeles Chargers, Russell Okung, took to writing in The Players’ Tribune to address the issue.

“Being broke stung, particularly because I knew that my teammates and I had made others rich,” Okung said. “During my days at OSU, I saw fans regularly pay thousands of dollars to fly out to Stillwater to attend games, while many of my teammates didn’t have enough money to fly home to see our families during school breaks. I watched our university lavish elite donors with high-end dinners, while some of my teammates were skipping meals due to lack of funds.”

This comes from the concept of “amateurism,” as we talked about earlier, in conjunction with the NCAA’s tax-exempt status to bend the rules to keep from having to pay their athletes. The issue came into the public’s eye in 2009 with the Ed O’Bannon case, where he sued the NCAA for using his image within video games. It has been in massive debate ever since, and only time will tell if the NCAA’s opposition to this new California bill will prevail or if the state of California will be the pioneer in paying its student-athletes. 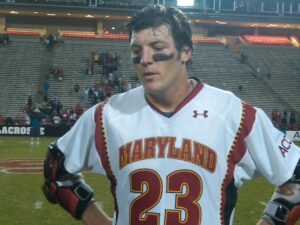 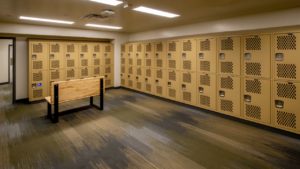 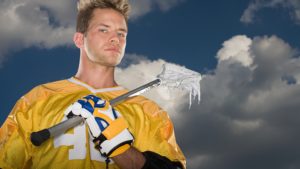 Recruiting Horror Stories by 2aDays™ | My Name is Not Jason 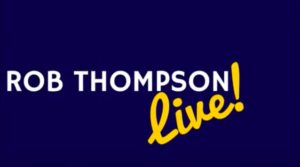 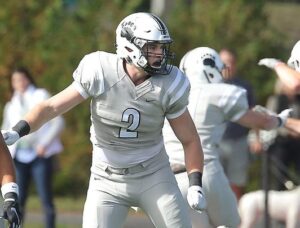