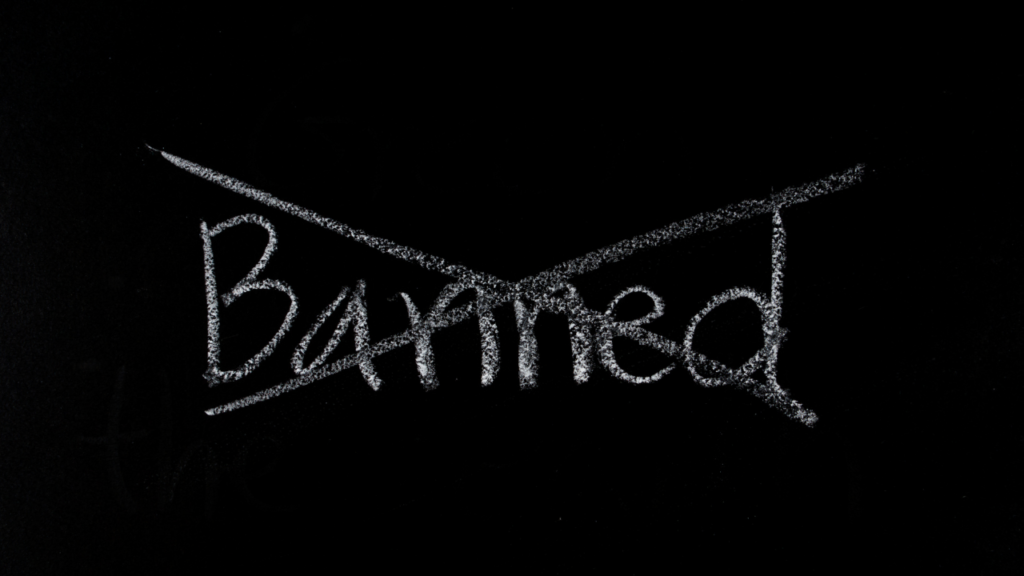 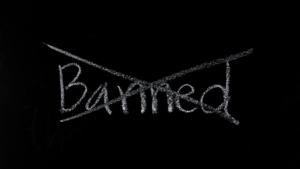 In January of 2019, the NCAA hit the University of Missouri’s Football team with a one-year postseason ban and a three-year probation period for the athletic department. The Mizzou Tigers’ staff promptly notified the NCAA Enforcement Committee of the misconduct and “denied that the tutor completed any work on their behalf.” During the NCAA investigation, they found out that a former tutor completed coursework and exams for a dozen DI student-athletes; by violating the “ethical conduct, academic misconduct, and academic extra benefit rules,” the NCAA sought to deliver the consequences. But, was this the most effective option?

The DI Committee also imposed this ban upon the baseball and softball programs. Any wins achieved with the help of ineligible students were vacated, and new recruiting restrictions were instilled for all three sports in the 2019-2020 academic year. Additionally, Mizzou will have its scholarships reduced by 5%  for the following year; the NCAA implemented “a seven-week ban on unofficial visits, a 12.5% reduction in official visits, a seven-week ban on recruiting communications, a seven-week ban on all off-campus recruiting contacts and evaluations and a 12.5% reduction in-person recruiting or evaluation days.” The university also has to pay a $5,000 fine “plus 1% of football, baseball, and softball budgets.”

After Barry Odom’s 2019 season, The University of Missouri fired the head coach November 30  after four seasons at the helm of the program, departing with a 25-25 record at his alma mater.

The allegations spanned from January 2017 to February 2018, when it sanctioned the academic fraud. The tutor helped athletes in at least five sports, including football, baseball, softball, women’s soccer and men’s basketball. The biggest issues were with the first three sports in various types of classes: ones at Mizzou, ones at other schools so Mizzou players could sustain credits, and a math placement exam at Mizzou. The NCAA only mentions one women’s soccer player, but she did not continue playing after the tutor completed her work.

The report describes the tutor feeling pressured to help athletes pass courses after talking with an academic coordinator. After this conversation, she completed a player’s work for the first time, and the unethical routine ensued. She obtained student-athlete’s usernames and passwords to complete the assignments, sometimes during the scheduled tutoring sessions. She responded with screenshots of solutions to exam and homework questions. The tutor even took another Mizzou class worth of statistics assignments for another player. The online course had 12 homework assignments and three exams. Because the exams for the online courses were “self-administered and unproctored,” her system was very efficient. She completed an entire online class after a football player had previously failed it in 2015.

“The student-athlete acknowledged that he allowed the tutor to complete the entire course the second time because it relieved some of his burdens during his final season,” the NCAA said, which tied the cheating to his football eligibility.

For in-person classes at Mizzou, she produced and sometimes delivered the assignments to the classes as well. Her commitment to their success is unmatched, even by the students.

The tutor left in November 2016 when the violations were reported to the school.

The 29-page report illustrated the depths to which the tutor cheated from homework assignments and tests to an “entire course” for one football player, and “Missouri’s math placement exams” for two others. The former university tutor has been found guilty of violating the NCAA’s ethical conduct and benefit bylaws.

“Simply put, 12 student-athletes did not complete their work,” the Committee on Infractions stated.

The tutor said she felt pressured to ensure the athletes passed courses to remain eligible, but the players believe she used these unethical methods solely for money. In the NCAA Enforcement interviews, the panel ruled that it “did not support that her colleagues directed her to complete the student-athletes work,” according to the NCAA release. She received a 10-year show-cause penalty from the NCAA with severe restrictions with a requirement that any school employing the tutor must not be involved in any athletic-related duties.

Football, baseball, and softball were punished severely because the football and baseball players received help with courses before their eligibility ended in their respective sports. The softball player did not receive continuous help, but actual exam solutions for a Statistics 1200 course during her softball season. One of the football players denied ever receiving undesired help, but the NCAA report included his text to the tutor,

“Hi! I was wondering if you had finished the other homework assignments?”

Due to the undeniable evidence, the NCAA refuses to believe the statements from the players saying they did not ask for this unethical assistance. The corroborative proof demonstrated that the tutor completed an entire class for one player, two-thirds for another and two unproctored tests for both.

A DIII baseball player commented, “The intense pressure to pass classes is understandable, but the tutor should not be completing everything for the student-athletes. Balancing your sport, your schoolwork, and life is the main lesson when you’re attending college”.

The NCAA applauded Mizzou for its “exemplary cooperation” with the investigation, but still imposed significant fines, recruiting restrictions and bans. The report cites mitigating factors such as: “prompt acknowledgment of the violation, acceptance of responsibility, and imposition of meaningful corrective measures and/or penalties.” Mizzou built a history of self-reporting with smaller issues and a desire to resolve the major misconduct violations. Yet, the NCAA imposed extremely harsh penalties. It is crazy to ponder the punishments the NCAA would have instilled without the praised behavior.

In 2016, Mizzou men’s basketball team received multiple Level I violations for impermissible-benefits after failing to monitor its program. The NCAA imposed a one-year university-wide probation and a post-season basketball ban. “The panel makes specific note that Missouri now has had two Level I cases in less than three years.” These recent infractions impacted the final judgments with more firm consequences.

Mizzou’s three-year probation extends into January of 2022 for the entire athletics department. The fine includes 1% of the football, baseball, and softball budgets, as well as an additional $5000. The 5% scholarship cut affects incoming student-athletes and current players. The recruiting bans include 7-week bans on unofficial visits, “recruiting communications, and “recruiting contacts and evaluations” in the respective sports. This majorly reduces time, opportunity, and funds to recruit valuable, deserving players. The wins from the season will all be vacated from the record. Due to the misconduct, the NCAA eligibility transfer rules may grant the seniors the option to transfer to another college with an additional year of eligibility. These sanctions will deplete their existing teams of skilled and talented players.

The tutor’s 10-year show-cause penalty will prevent her from working with any athletics program at any school. This will hinder her from getting a job at any college or otherwise.

The NCAA investigated the University of North Carolina for a comparable offense but was not prosecuted. The Heels offered sham classes for years, which should violate the NCAA athletic rules. The Committee voiced the differences in this case from Missouri’s situation.

UNC created its own academic fraud for ALL students; since both regular students and student-athletes benefited from the fake classes to increase their GPA, it did not constitute an NCAA violation in the special benefits clause. Therefore, the Heels were not punished. In contrast,  at Mizzou, the tutor worked as an athletics employee, where her range was limited to athletes. Because she specifically helped athletes and made no effort to help other students cheat, Mizzou violated the special benefit rule.

The NCAA controversially notes that UNC validated the courses and grades that the student-athletes were awarded compared to Mizzou condemning the tutor’s actions. Mizzou agreed that these frequent instances violated the honor-code to a high degree. In short, UNC created fake, joke classes, but the students completed their own work while Mizzou students had the tutor complete theirs.

Missouri strongly expressed its disappointment and confusion surrounding the penalties; they announced they would appeal the harsh punishment.

“Once these issues were brought to our attention in November 2016, the university moved swiftly and fully cooperated with the NCAA Enforcement staff to investigate the allegations that were made jointly,” Jim Sterk, the athletic director, said. “We are shocked and dismayed by the penalties that have been imposed today and will aggressively fight for what is right.”

“The Committee on Infractions has abused its discretion in applying penalties in this case, and the University will immediately appeal this decision that has placed unfair penalties on our department and programs. It is hard to fathom that the University could be cited for exemplary cooperation throughout this case, and yet end up with these unprecedented penalties that could unfairly and adversely impact innocent current and future Mizzou student-athletes.”

“It is important to note that this was the action of one individual, who acted unilaterally and outside the expectations that we have established for our staff members,” Sterk said.

Many have agreed that the penalties seem excessive for the school’s esteemed behavior. They acted in accordance with the rules by telling the NCAA about the misconduct and were still severely punished. The outcome could even discourage schools from coming forward about violations in the future.

Spectators say the NCAA’s action against the Mizzou Tigers united the fractured fan base. The school aims to fight these harsh penalties as they appeal the football, baseball, and softball bans. Missouri initially appealed the academic fraud charges in January, and the NCAA Infractions Appeals Committee heard their side in July. Missouri claimed the NCAA “abused its discretion” in imposing overreaching bowl bans. They started a state-wide movement called “Make it Right”; many athletes wear the stickers and billboards have been placed around the state.

“We had an instance where a part-time tutor helped some kids. She was motivated to make money for herself,” Jim Sterk, Mizzou’s athletic director said in a statement. “There was no eligibility involved. As soon as we found out about it, we turned it in.”

A DI football player commented on the appeal process, “This is a good option and possibility to reverse the bowl ban. The penalties hurt the innocent parties, both current and future students with a dream for a successful career. The NCAA seemed to punish the students a little too harshly for their ethical behavior”.

Toward the end of November 2019, the NCAA announced its decision to deny Mizzou’s appeal and uphold the postseason ban and other sanctions.

“I hate the news for our program and for our seniors who have represented the university in a very positive way,” Missouri head coach Barry Odom said. “This decision negatively impacts their short experience in life as college student-athletes who had nothing to do with this situation. It’s a tough lesson to be dealt with, but they will learn from this and motivationally use it later in life when hardship comes along.” 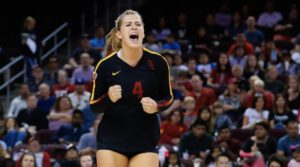 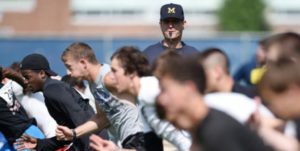 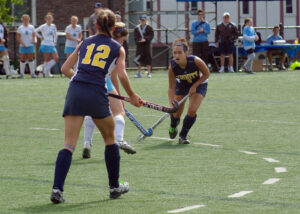 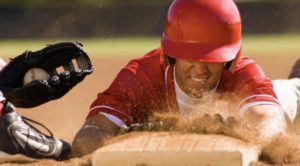